A day in the life of an Ola driver

Maybe the life they lead is very monotonous 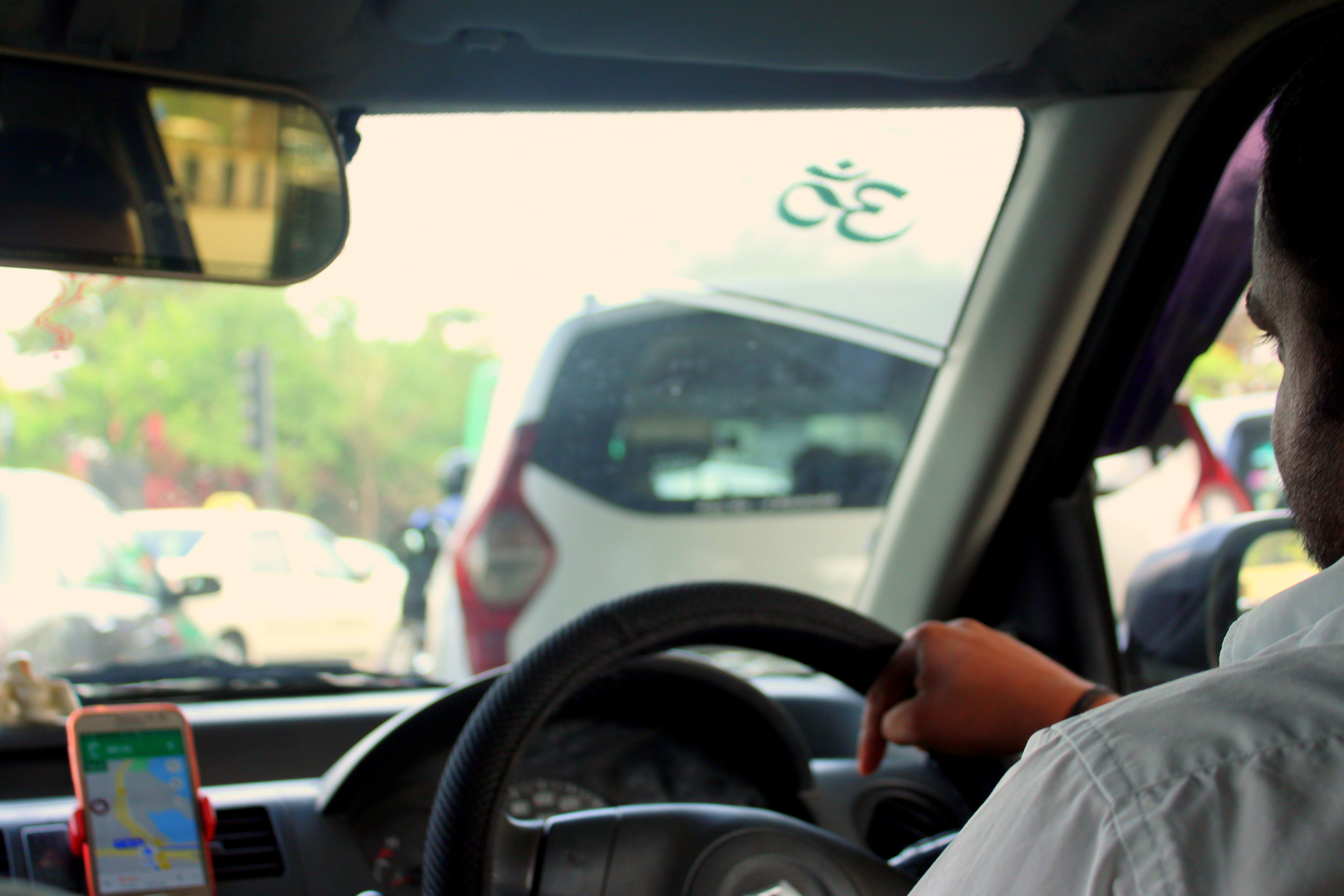 Imagining a life without services like Ola/Uber is unimaginable in a city like Bengaluru where the public transport system is not in great shape. So, the cabs are what makes the city move. Ola had released a bunch of statistics in the year 2017 which stated a few obvious and some shocking facts, “The most congested area in Bengaluru was the Silk Board locality, and that Bengalureans left home 25 minutes faster than they did in 2016.While Delhi shared the most cabs, Bengaluru had the slowest moving traffic with the average speed being 17.2 km/h”. Jayaraju LC, 35, is a driver with Ola since one and half years, he lives in Yelahanka, like many, his day starts early and he usually gets to the road by five in the morning and drives till seven in the evening. He says, “At the end of each day I get to keep around ₹700, which helps me sustain the life that I have with my wife and a young daughter”. While he doesn’t have many complaints, his problem is what resonates with cab drivers, “Customers sometimes get mad at us for being a minute late, and they are not willing to walk to places which is not accessible by a car”. He used to work at retail in Apollo Hospital, and he says, “Work used to be very less and we used to have very easy days. But the job now helps pay the bills and in the end, every 14-hour shift is worth it”.

He couldn’t help but comment on the next-month’s Vidhan Soudha elections, he says “All politicians promise many things, but almost all of them are here for the money. But we are at a situation where we want someone to look after the people, along with himself/herself, and believe that JD(S) will be one of the parties that we should look forward to. Adding fuel to the debate between Ola vs Uber he said, “Ola has many more customers. Even if I go to any far-off place on the outskirts, I will get someone for the ride back into town. But the rates are very much the same, Ola is better because it increases the chance for you to earn more money.” While his day is very much the same with Ramesh from Basaveshwara Nagar whose timings are decided by the deadlines that he has to meet, or the part-timer Ravi Kumar from Kodigehalli whose biggest problem is the traffic in the hot afternoons.

Maybe the life they lead is very monotonous, their issues are not big enough to be highlighted, but the issues embedded in them makes them very unique in the experiences that they have. The advancements in technology have rendered many people unemployed, but without Google Maps, we might have to go back to primitive times and high fares. Cab services like Ola and Uber have made private travel a little more affordable and offered daily means of income to many, too.