The rating is based on a study developed by B.PAC & ICARE 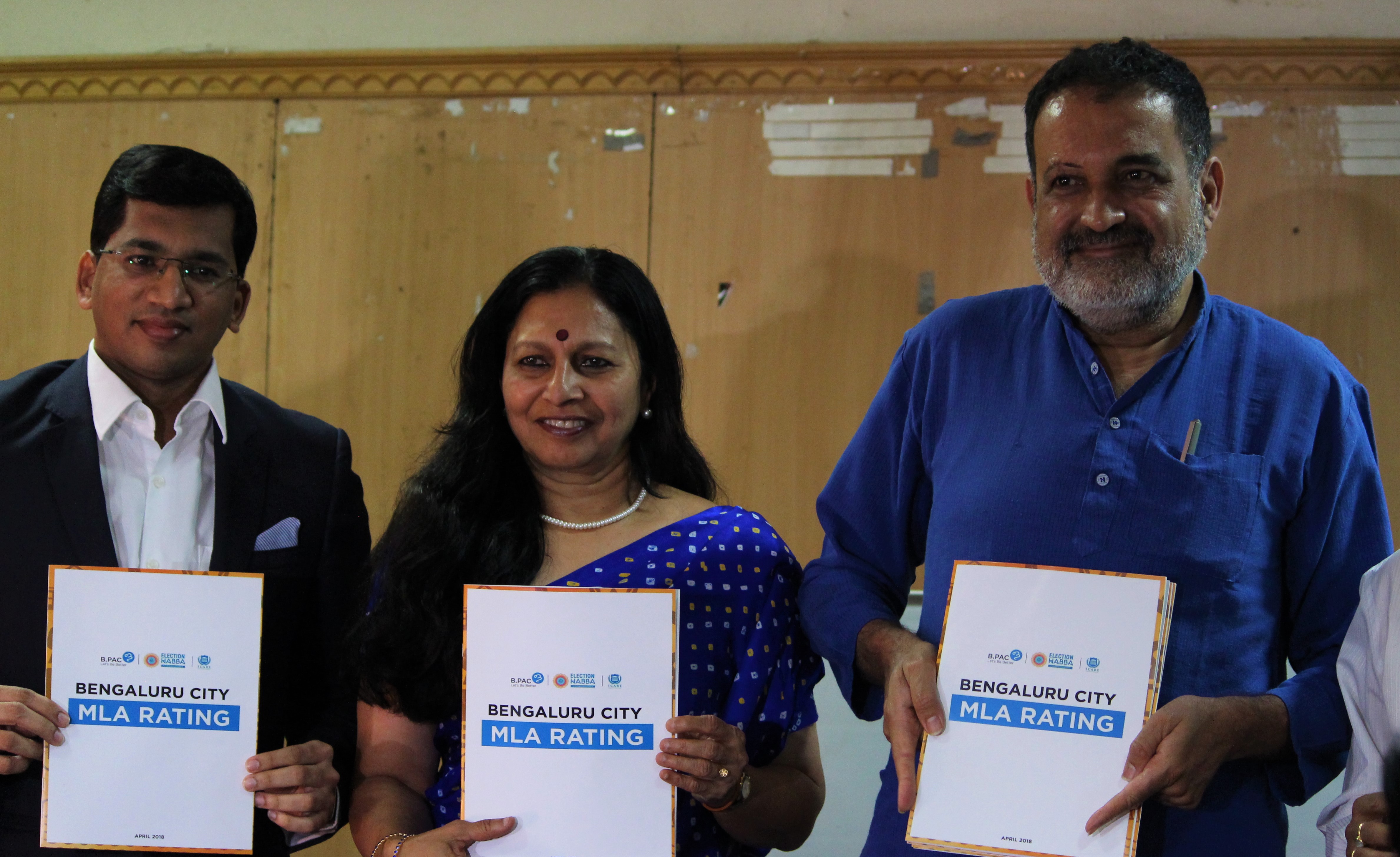 Bengaluru Urban district consists of 27 constituencies, each represented by directly elected Members of the Legislative Assembly (MLAs). As the Karnataka State Assembly Election draws closer, the public eye is on these 27 legislators and their performance in office. It is perhaps best to try to understand this in terms of a comprehensive and comparable ‘MLA rating’. The Bangalore Political Action Committee (B.PAC) released its Bengaluru City MLA Rating at the Press Club in the presence of TV Mohandas Pai, Vice-President B.PAC, and Revathy Ashok, Managing Trustee & CEO B.PAC. The rating is based on a study developed by B.PAC & ICARE weighing 8 parameters – attendance in assembly (20%), starred questions asked (20%), unstarred questions asked (5%), percentage of MLA LAD (Local Area Development) fund utilized (20%), voter perception survey (15%), educational qualification (5%), criminal record (5% with negative marking for more number of cases) and social media presence (5%).

“We shall be endorsing candidates from our side after 27 April, when candidate withdrawals are through and final candidate list has been confirmed. We shall be using the MLA rating as well as other parameters to endorse candidates” commented Mr Mohandas Pai, regarding the future plans of the citizens’ collective. The study shows that 9 MLAs scored 75% and above, 10 MLAs scored between 50% and 75%, 8 MLAs scored below 50%. Dr. CN Ashwath Narayan, the MLA of Malleshwaram constituency is the only MLA with 96% attendance. 19 MLAs have no criminal cases, while 2 MLAs – R Ashoka of Padmanabhanagar and BA Basavaraj of KR Puram- have 4 criminal cases each. The five ministers from the city, too, received ratings after excluding two irrelevant parameters of judgment – attendance and questions asked.