NSoJ Movie Review: Full of heart and soul for all, a must watch 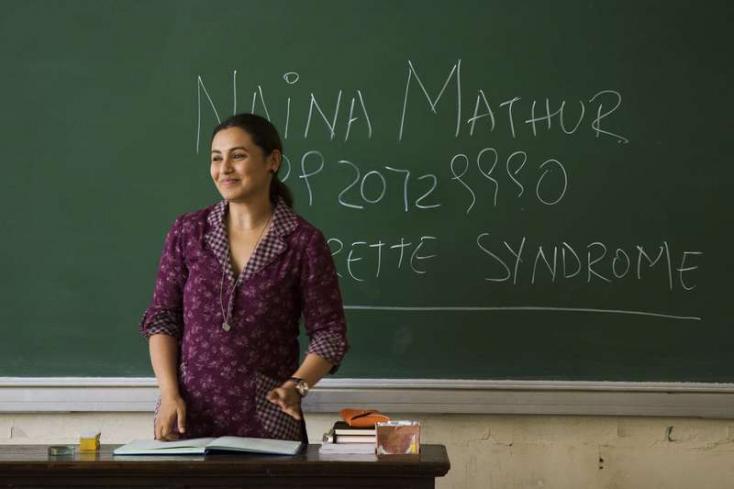 " A good teacher can inspire hope, ignite the imagination, and instill a love of learning." Hichki is a story of one such teacher. Based on the true-life story of Brad Cohen, Rani Mukherjee plays a teacher, Naina Mathur, with Tourette's Syndrome, punctuating her life with uncontrollable vocal and physical tics. The story revolves around Naina’s resolve to successfully land her dream job as a teacher. After 18 rejections, on account of her condition, she finally lands a job at St. Notkers’ School. To her surprise, she is assigned the class of students from a local slum as part of the Right to Education initiative. The students give her a hard time and the story centres around how she overcomes these challenges. In addition to the obstacles she faces at work, Naina struggles with her tumultuous relationship with her father who sees her as abnormal, which is made up for by the immense support that she is given by her mother and brother.

After Mardani which released in 2014, Mukherjee is back with a bang through her performance in 'Hichki'. She has gotten into the skin of her character and has consistently displayed the tics with her syndrome making the drama all the more natural. It was particularly refreshing to see a mainstream movie with a female lead who is independent. The supporting cast too has strengthened the dynamics of the film with everyone doing justice to the roles. The girl essaying the role of a younger Naina Mathur deserves special praise. The students too were selected aptly for their roles. Harsh Mayar as Aatish really irks the audience and has done an outstanding job in playing the aggressive and rebellious student. Neeraj Kabi as Mr. Wadia has managed to play the role of the antagonist to Rani’s Naina impeccably.
Director Sidharth P Malhotra has managed to get the right emotions across the screen and has beautifully crafted the characters in the film in the right manner. Music by Jasleen Royal and Hitesh Sonik adds to the experience of the film. Speaking to moviegoers after the movie, most of them seemed to have positive reviews, particularly being impressed with Rani Mukherjee’s come back as the character of Naina Mathur. “I was reminded of my own school days and thought of the teachers throughout my life who really touched me,” said moviegoer Arun Garg. Hichki is full of heart and soul and is a must watch movie.