The exams to end on 17th 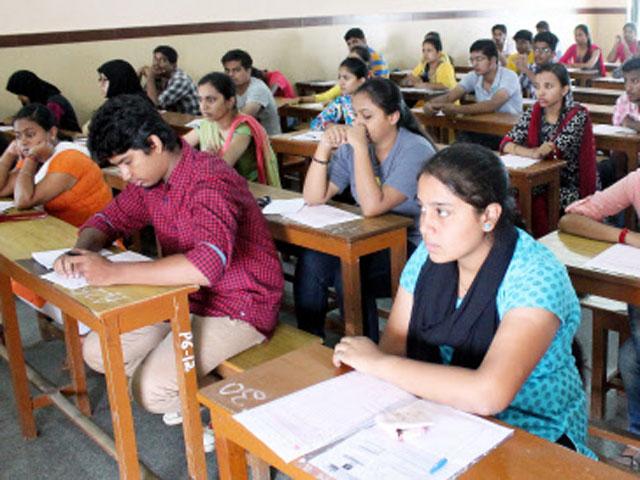 Students gathered at exam centres across the city today for day 1 of II PU Exams consisting of Economics and Physics papers. Parents of exam goers waited anxiously outside college gates for their children. With a worrisome face, Asma Parveen a parent stood at the exam centre at Jyoti Nivas College in Koramangala, until she ensured her son Syed Rumaan of Narayana PU College did not have any difficulty finding his hall. “They checked only hall tickets, not much else.” As it grew closer to the exam time, more students began to flood into the venue. Some were visibly tense while others were a bit more relaxed. “Sorry, exam tension,” said Vivilia A, of Jyoti Nivas College when approached about the exams. Anush MJ from RJS PU College looked peaceful as he said that he was at ease.

Speaking to TOI, S Geeta, a parent who accompanied her daughter to the exam centre at Jyoti Nivas College said, “even though the children are prepared, we as parents are more stressed than them.”

The exams which started at 10:30 am ended at 1:30 pm. Students showed a variety of reactions, though most seemed to agree that the paper was easy. Speaking to students and parents at the Mount Carmel College exam centre in Vasanth Nagar, it was evident that most were pleased with the paper. “The physics paper was simple, most stuff from previous papers and expected things only. Too simple,” said Satvik Birabar a student of St Josephs’ PU College. “It was an easy paper, but would’ve been difficult for those who didn’t study,” added another Josephite, Lakshman Kumar.

At Christ College exam centre students reflected similar opinions. Meghna S of St. Francis PU College who appeared for the economics exam said, “the paper was fine and as it was not a lengthy one I was able to finish it before time.”

The II PU exams commenced today and will end on March 17.

Aditi Warnoolkar and Nimeshika Jayachandran are students of NSoJ and are interns with Times of India, Bangalore