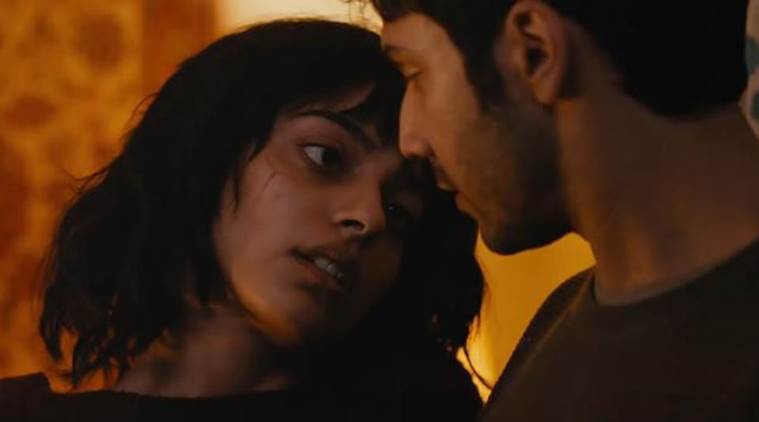 We often forget that simplicity is the most beautiful thing one can ever possess. The Shoojit Sircar directorial “October” is like poetry in motion. It has a simple and straightforward narration, which portrays how the life of Dan (Varun Dhawan), a hotel management trainee changes when his colleague Shiuli (Banita Sandhu) meets with an accident. Varun Dhawan is in a never before seen avatar. The innocence and honesty with which he plays the character of Dan, one can’t help but fall in love with him (all over again!). The debutant Banita Sandhu couldn't have asked for a better movie to get off the mark. She expresses herself with her beautiful eyes during the majority of her screen time. It will sound cheesy but there is a particular scene where Dan tries to talk with Shiuli (who is in a coma after the accident), that 10-15 seconds of cinematic brilliance will make you fall in love with the idea of love. Gitanjali Rao (Shiuli’s mother) is rock solid in her performance and her relation with Dan takes the movie to another level.

The film's brilliant cinematography is a sure shot to touch your heart. While there are no songs in the movie, October taps the human side of us with the background score which is sure to make you skip your heartbeat at least once. After the film ended, I could sense the loneliness that the film left me with and which I actually enjoyed. The slow pace as I mentioned before held me to every frame and I could feel every bit of the film, which might not go down well with many.

October is certainly not like the ones which the Shoojit Sircar - Juhi Chaturvedi (writer) duo has produced before (Vicky Donor & Piku). It will cater to a very small section of the audience. A cinema lover would definitely want to give October a chance!