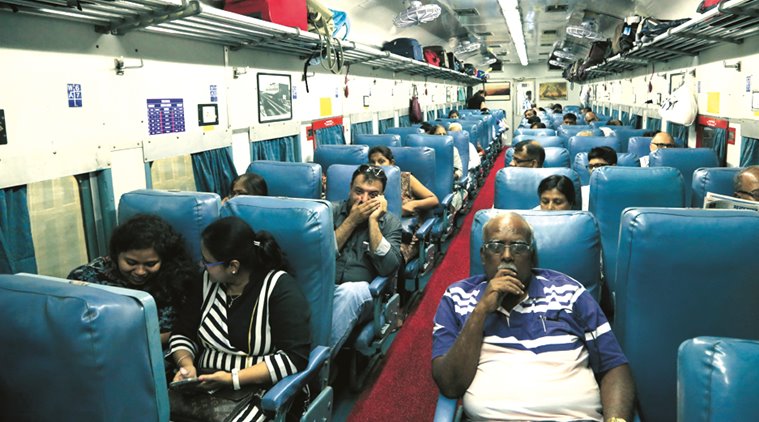 THE Mumbai-Pune Deccan Queen on Thursday was run by an all-women staff to mark International Women’s Day. From March 8, the train would be manned by three women Train Ticket Examiners (TTE) on its return to Pune. Usha Redekar, Head Ticket Examiner in the train said she was overwhelmed by the support given by passengers for the journey. “I have been doing this job since 1981, but the support from the people feels different. I will forever remember this maiden trip.” At 5 pm, the Central Railway (CR) officials had decorated the train and platform from where the train leaves. Sweta Ghone, the guard for the train said, “My colleagues have treated me as their equal, which has enabled me to be here,” she added. The Deccan Queen Express, or Deccan Queen as it is popularly called, is one of the oldest trains to be running not only on the Central Railway route but also in India.

Surekha Yadav, Loco Pilot for the train said, “We are used to going to Karjat and Panvel, but this is the first time that we would drive the train till Pune. It is time that we stop talking and start doing,” she added. Mangala Nikam, who works as a fitter in the Carriage and Wagon Staff was also aboard the train. She added, “Nothing of this magnitude has been done for women, we are really happy with this gesture.” Women passengers, too, expressed happiness over the move. “It is great to see the efforts of women being appreciated on such a large scale,” added Divya Oswal, who was travelling to Pune. DK Sharma, General Manager of Central Railways, said, “We want the female contribution to increasing in the frontline as Loco Pilots, Technicians and RPF personnel.” From March 8 Mumbai-Ahmedabad Shatabdi Express on the Western Railway will see female TTEs, along with those on the Deccan Queen.

Ankush Bandyopadhyay is a student of NSoJ and is an intern with The Indian Express, Mumbai